“Once you master the art of facing a room full of teenagers, and come out alive, you can do anything.”
– CHASING PEGASUS (a play in ten chords)

Teachers have played vital roles in shaping us into what we are, isn’t it? We all have at least one teacher who has left an impression that lasts even today. So today we present to you, our favourite books that explore this unique connection of teachers and students, beautifully.

TO SIR, WITH LOVE

A war veteran is posted at a school in London, comprising a bunch of ill-mannered rebellious teenagers who defy their new teacher because of the colour of his skin. But what was written off as a catastrophe turns out to be a blessing in disguise as the students learn not only Shakespeare but also the principles of life. The book deals with a man’s iron determination to not be content with what was handed to him; he wanted to change and he did change, thereby earning love, respect, trust, gratitude and appreciation.

NO CHILD LEFT BEHIND? THE TRUE STORY OF A TEACHER’S QUEST

This deals with Blake’s narrative during her stint as a high school science teacher. She realises the deep dark dangers, her students are in when she learns of their vices, addictions and delinquency. But instead of being discouraged, she moves forward to show them that light exists.

MY POSSE DON’T DO HOMEWORK

It is a witty heart-warming tale, detailing the battle of a teacher to win over a batch of Non-English speaking students who are academically poor but are brilliant otherwise. Her unconventional and unorthodox ways with her students are entertaining and educative simultaneously.

This book lets us privy into the personal diaries of two individuals, John Goddard and Tina. The former is a Vietnam War veteran turned teacher while the latter is a student, Vietnamese by birth and refugee of the war. This is a rather emotional journey as the reader sees how they overcome their obstacles and march towards victory.

TUESDAYS WITH MORRIE: AN OLD MAN, A YOUNG MAN, AND LIFE’S GREATEST LESSON

This chronicles around the magical and poignant times and conversations the old man, the teacher and the young man, the student have had. We meet a lot of people during our college days and with time, they sink into oblivion. That is what had happened with Mitch, as he grew, his contact with Morrie reduced to a point of no contact. This was so until a tragic news brings Albom to his coach’s door and this book happens. 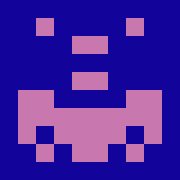 The Secrets to Avoiding All Bad Habits

The ZEE5 HiPi Filters the Celebs Love for Selfies

These Symptoms Could Be Early Warning Signs Of Health Problems

Basics Game – 8 Girls Of Instagram Who Have Styled Basics Perfectly

How To Pick And Book The Perfect Wedding Venue

Ready to Start a Family? 9 Things You Should Consider

What People Are Reading

✕
By continuing to browse the site you are agreeing to our use of cookies.